How Big is the Smoothie Industry?

Are you getting serious about that smoothie business? Then you’ll appreciate some smoothie industry statistics.

Smoothie Industry Statistics To Know Before Starting a Juice Bar

The health benefits associated with smoothies have attracted an increasing number of health-conscious people. More and more Americans are changing their lifestyle and food habits for the better.

Meal replacement food and beverages are on the upswing. There’s also a demand for non-carbonated soft drinks. Turning fruits and vegetables into a refreshing drink is an excellent way to snack while stocking up on fiber. In addition, smoothies are easy to make and carry around.

A smoothie is a concoction made from pureed raw fruit or vegetables using a blender. It comes with a liquid base such as fruit juice or daily products like milk, yogurt, ice cream, or cottage cheese. They may also feature non-dairy milk, crushed ice, honey, sugar, whey powder, chocolate, and nutritional supplements.

The availability of non-dairy milk from grains, coconuts, rice, hazelnuts, oats, and almonds has made smoothies more desirable for more people, including lactose intolerants and vegans. This development has also included smoothies the numerous plant-based food menus.

In the US, drinks made from raw fruit and vegetables started selling in the 1930s after the invention of electric blenders. Americans coined the term “smoothie” during the mid-1980s. The Demand for Health and Wellness Food in the US

Once upon a time, wellness food was just food. Everything people ate was cooked at home and organic.  However, in 1921, fast food was introduced to Americans by White Castle, who served pre-cooked hamburgers prepared in bulk and sold in packaging.

Mcdonald’s followed. Pizza Hut and Kentucky Fried Chicken came after. Dining out became a form of entertainment. Fast food became a massive cultural norm because it offered opportunities for franchises. Soon, Mcdonald’s, Pizza Hut, and KFC were present in every part of the country.

People were delighted with the option to eat familiar food anywhere they go. Fast food was cheap and convenient. People loved the taste of burgers, pizza, and fried chicken.

However, the spread of fast food, mainly offering high fat, sugar, and salt, came with a cost. In 1950, only 12% of Americans were obese. But by 1994, 24% percent of the population suffered obesity and were prone to diabetes and cancer.

Since 1975, obesity has tripled. In the same time frame, the number of fast-food restaurants doubled. Experts cited the enormous proportions served in fast-food chains as a major cause of  obesity.

In 2006, “The Inconvenient Truth,” a documentary on climate change, became the most-watched documentary in the world. The movie awakened the general public to the realities of climate change. It became a part of the US education curriculum.

Fast food was named one of the drivers of global warming. The beef and dairy cattle industry is among the main contributors to greenhouse gases because billions of burgers mean millions of cows. Fast-food restaurants also use a lot of plastic for their packaging.

In 2021, more and more people are becoming mindful of their diets. According to a Nielsen study, 88% of millennials are willing to pay more for healthier options. They constantly seek more nutritious alternatives to fast food and processed food spiked with sugar, salt, and artificial flavors.

However, the availability of products and time constraints make it more difficult for people to switch to a healthier lifestyle. Everyone knows cooking at home and growing a garden is the best way to eat nutritious food at home. Unfortunately, most Americans have lost touch with their ability to create various dishes, much less to grow plants.

Fortunately, smoothies are one of the most straightforward healthy foods to prepare, especially in the morning. With an electric blender in hand, anyone can whip up breakfast. It’s also easy to grab and go.

A smoothie is an excellent replacement for breakfast and snacks. It’s also a perfect drink to replace soda when socializing or taking a break.

Plant-based diets are gaining market share as the vegetarian population continues to grow. This development increases the demand for plant-based proteins such as tofu and more nutritious carbs such as brown or black rice. Consumers are more concerned with where their food originates and its effect on health.

For many working Americans, food is a form of entertainment and a part of socialization. Snacking is part of work culture, and it will continue to be, with a twist.

When blenders were newly invented, they became every woman’s best friend. After an hour at the market, ladies looked forward to going home with a bag of fruits and vegetables to turn into smoothies. Moms and grandmas with beautiful gardens enjoyed picking up produce to bring them to the blender.

The love for smoothies quickly grew. Children loved them. Parents cherished their health benefits. It’s amazing how challenging it is to make a kid finish his meal. Yet, they would gulp a smoothie to the last drop.

Finally, entrepreneurs started differentiating themselves with their own smoothies recipes. Eventually, more established smoothie brands and suppliers emerged. Some became a one-stop-shop for everything you need to create health smoothies. These supplies include purees, powders, and boosts.

This development allowed aspiring business owners to outsource fine-quality ingredients and recipes and start a smoothie shop in their community.

Smoothies used to be a business for startups. Not anymore. As the demand for smoothies rises steadily, major corporations are starting to take an interest in the business. Since 2017, Coca-cola sales started facing slight declines due to consumer taste shifting away from sugary drinks. Even fast-food chains that used to serve giant cups of soda now serve them in regular cups, and have started offering healthier alternatives.

Both Coke and its rival Pepsi have introduced sugar-free variations of their signature sparkling soft drinks. Moreover, Coke has expanded its product line to include natural fruit juices.

It’s not just the sparkling drinks! More beverage magnates recognize natural fruit drinks as the food of the future. Most are adapting to changes by starting their smoothie brands or buying emerging companies.

In 2018, Focus Brands, the home of Cinnabon and Auntie Anne’s, welcomed Jamba Juice, one of America’s biggest blended fruit brands The acquisition cost $200 million. This remains to be the biggest buyout in the health drinks industry.

Among conglomerates, Kelloggs takes a much more laudable approach. Rather than seeking breakaway startups, Kelloggs’ venture capital fund allows it to contribute to the establishment and growth of new initiatives in the food market early on.

On the other hand, PepsiCo is developing its smoothie brand within the division that produces Tropicana. In the future, the smoothie may be a part of its unwavering partnership with McDonald’s. Although the word “Smoothie” was coined in America, drinks made from mashed fruits are time-honored delicacies in Indian, Mediterranean, and Middle Eastern cuisine. Some concoctions are even recognized as medicine.

Therefore, when blenders paved the way for the popularization of smoothies in America, the rest of the world was quick to join the fun.

Smoothies come in a variety. They feature different fruits, vegetables, and other ingredients, depending on what’s abundant in the region or during the season. They also come in different names. Sharbat, a famous West and South Asian drink, sometimes includes yogurt and honey. In India, the lassi is a smoothie or milkshake comprising crushed ice, yogurt, sugar, and mango. In the south, pineapple smoothies are made with crushed ice and sugar.

As Jamba Juice gained prominence in the US, smoothie brands from other parts of the world also dominated the smoothie industry in their regions.

The European Smoothie Market was worth USD 3.10 billion in 2019 and is projected to reach USD 4.30 billion by 2025. The United Kingdom leads the smoothie market in Europe due to increasing fruit and vegetable imports.

Popular brand Froosh sells bottled smoothies featuring a mix of two to three tropical flavors. Their offering includes “Feel Good,” a fusion of Pineapple, Beetroot, Aloe Vera, and Ginger and “Clean Green,” a mix of Kiwi, Spinach, Apple, and Vinegar. The Nordic brand commands its industry in Finland and Sweden, as well as in Denmark and Norway.

In 2017, Froosh was acquired by Fazer, the largest food company in Finland.

The Future of Smoothie

The future of the smoothie industry is promising in the US and all around the world. We have so much to look forward to, from the interactions between established brands and game-changers, the new flavors, combinations, and superfood recipes that explore possibilities on what we can spin in our blenders.

The juice bar industry is a fresh playing field that gives a fair chance to giants and startups alike. It’s exciting to see new brands recognized for their brilliant recipes and their passion for promoting healthy alternatives.

Meanwhile, in search of new ideas, big players are evolving and partnering with newcomers to stay relevant in the ever-changing market that’s becoming conscious of their consumption.

Aiming to be the next big thing, new players enter the market with fresh insights. They introduce new recipes, technologies, and systems that revolutionized the market. More variations of the refreshment are created to establish a unique positioning for newcomers.

Now and then, trends and challenges are introduced, and they are quickly popularized because everyone is quick to jump on the bandwagon.

The “Superfood Smoothie” trend goes back to the basics of why smoothies emerged in the first place. Adding too much sugar and sweeteners to the refreshment gets in the way of its health benefits. So instead, the superfood trend encourages consuming smoothies in their healthiest form and recommends adding more superfoods into it. The “Super 15” includes berry powder, flaxseeds, chia seeds, and peanuts.

Adding Boosts or Supplements to Food and Drinks

Food supplements, especially multivitamins and vitamins B, C, and E, have been a part of many American diets.

In 2021 however, it’s becoming common to add collagen supplements in juices and l-carnatine and creatine in smoothies. These supplements are odorless and tasteless. They also contain tremendous health benefits.

New smoothie recipes are being created every day. Like cooking food, preparing your smoothie is totally up to your mood and creativity. You can go with your classic Strawberry or Mango, which tastes good every time, or you can combine purees and powders to create Chocobanana, which is trending in smoothie shops nowadays. Feel free to add healthy seeds, nuts, fruits, and everything wholesome. If you have all the time and creativity, you may never have to drink the same smoothie twice.

While we have shared some smoothie industry statistics, the truth is, so much is unknown about this fresh and exciting industry. The good news is, the throne is still wide open if you hope to be the next market leader.

So, if you’re looking for profit and excitement, if you’re inventive and you like creating new recipes, if you like following trends and giving your own take, then this industry is for you. And it can be gratifying. 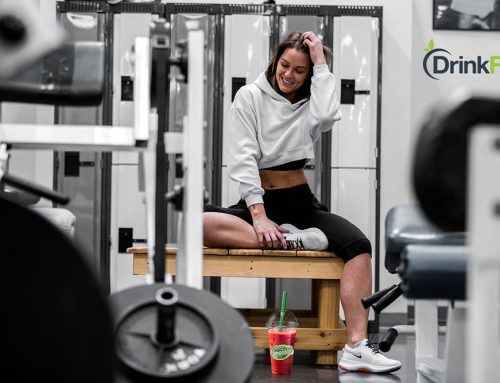 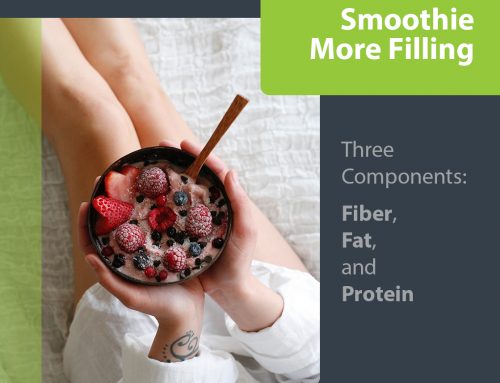 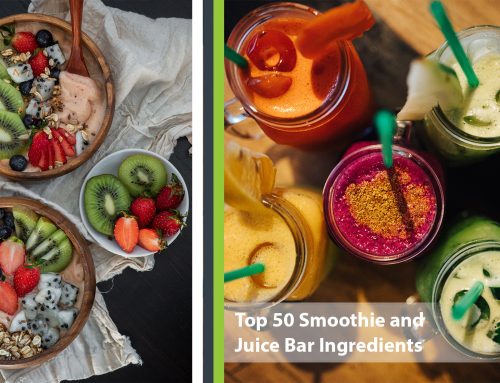